Its traditional Mexican cuisine got a welcome reception on its first day in business, Easter Sunday, its owners said.

The restaurant offers a variety of favorites, such as asada fries, taquitos and molletes. Prices range from $6 to $15.

Carmin Hernandez, her husband Carlos Munoz, and their 23-year-old son Armando Munoz are the owners. They opened their restaurant in La Verne to not only bring their own family together but to bring the La Verne community together.

“With Mi Cocina, I want it to be a part of the community. Not to be just a single restaurant. We want to do more things with the community like with the university, fire department, police department,” Hernandez said.

Mi Cocina Mexican Grill opened in early April and has already brought in over $35,000 in revenue for the new restaurant, the owners said.

Hernandez and Armando Munoz were not expecting the restaurant to have such a large turnout of customers within the first month of opening.

“On the first day of opening, it was a bit overwhelming,” Armando Munoz said. “Everyone came in at once. We even had to turn people away because with limited dining, all of the tables were full.”

“I was expecting there to be less customers, never like this,” Hernandez said.

“The La Verne community has been so great and been posting on Facebook, Instagram. My neighbors at Cactus Coffee have been sharing and I think that’s what has been bringing in a lot of people in,” Hernandez, who has worked in the restaurant industry for over 20 years, faced the strain the pandemic placed on many individuals.

“For me it was either to start looking for another job. But at the moment it was really hard because no one was hiring. Or my second option was to make my own business,” Hernandez said.

But for Hernandez, opening her dream restaurant meant more to her than the financial strain the pandemic placed on her.

“I used to take care of my sisters younger than me. I used to cook since I was 6 years old. I remember seeing my mom suffering a lot. She has to always be looking for a job to be able to take care of us,” Hernandez said.

Hernandez revisits her childhood to tell the story about what led up to opening her restaurant.

“Then my mom started selling food on the street outside of the house and that was when I found out the potential you have in this kind of business. That’s what pushed me, “ Hernandez said.

“I know it’s hard but after seeing my mom suffering and all of the things she did is what pushed me to be opening up my own business,” Hernandez said.

Her son opened up about what the restaurant means to his mom.

“It’s always been my mom’s dream to open up her own restaurant. She has worked in the restaurant industry her whole life. We all pitched in to help her dream come true,” Armando Munoz said.

“Carmin was able to work, save money and make her dream come true which is inspiring to me. Walking into the restaurant you would never know the story behind how the restaurant got its start,” Flores said.

Mi Cocina Mexican Grill is running with eight family employees with three of the employees being the owners of the restaurant.

“Even though they were busy, the servers were taking care of customers at every table. Some tables had more people than others, the owner still made sure to ask how we were doing and gave us our meal in 10 minutes,” Alvarez said.

Hernandez said what makes Mi Cocina Mexican Grill different from other Mexican restaurants is their food.

“I try to cook the way I cook at home. It’s not restaurant food. It’s traditional Mexican food. It’s more like the way my mom or my grandma used to cook,” Hernandez said.

While the restaurant faces the challenge of limiting the amount of dine in customers to 50% capacity in order to follow COVID-19 guidelines, the restaurant’s biggest challenge is their pending liquor license.

“The pandemic slowed down the process of getting our liquor license. People come into the restaurant and ask us if we serve beer or wine, they leave since we aren’t serving it yet,” Armando Munoz said.

Armando Munoz said that they will have the license by mid-August.

As pandemic subsides, Hernandez plans to continue enforcing employees to wear masks and gloves. She also will make it a requirement for all employees to get the COVID-19 shot.

Hernandez said the hardest part about opening her business was having only her family applying for licenses and handling other responsibilities building the restaurant.

Armando Munoz believes a part of the reason Mi Cocina Mexican Grill did not start sooner was because of the responsibilities the family had to take care of before securing a spot on D Street.

“We had our eye on this spot about a year before. Unfortunately, the hot dog restaurant beat us to it. Once their business left, we saw this as another opportunity for our restaurant to be built here,” Armando Munoz said.

Armando Munoz said he and his brother attended Bonita High School. Their alma mater also played a role in why they chose to create Mi Cocina Mexican Grill on D Street.

“We have grown up in this community and we wanted to show our gratitude and support for the La Verne community,” Armando Munoz said.

Flores said she believes the restaurant has a permanent spot on D Street.

Hernandez said the success of her restaurant lies in how many years the restaurant stays running.

“My challenge is not that we opened, my challenge is going to start right now. Anyone can open a business, but what makes it a dream come true is to have a business open for 10, 15, 20 years. Then to open more restaurants like Mi Cocina,” Hernandez said.

Through Mi Cocina Mexican Grill, Hernandez wants to create a special menu for students at her restaurant.

“We want to create a special menu that is cheaper for University of La Verne and Bonita High School students for them to eat because I know how it’s hard for my boys to cook or buy food,” Hernandez said.

Mi Cocina Mexican Grill is open for dine in, take out and delivery every day Monday through Sunday from 9 a.m. to 9 p.m. The restaurant is located at 2232 D St., No. 101 in downtown La Verne. 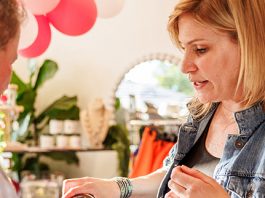 Wine lovers return to downtown for Sip of La Verne 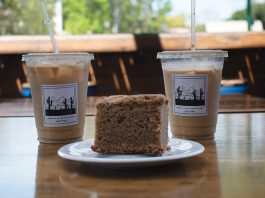 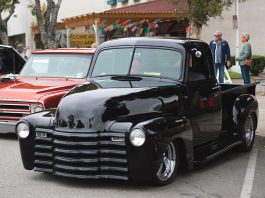