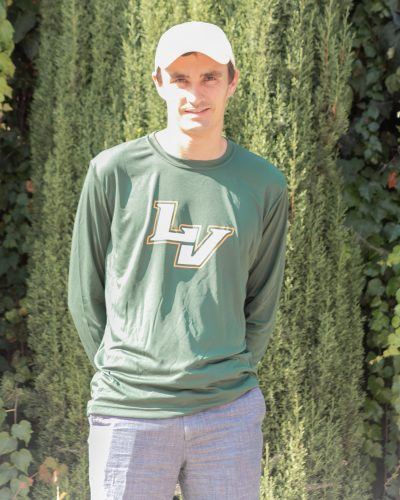 After a cross-country move, Jamie Norton has taken the helm as the University of La Verne head men’s and women’s cross-country coach this semester.

This is Norton’s first head coaching job and he said he hopes to bring the program to national prominence.

“I have a foundation to be successful at the highest level,” Norton said. “My hope is to build the program to be competitive at the national level.”

Norton was a two-time All-American runner at Tufts University in Massachusetts and helped lead the team to a women’s indoor track and field championship as a coach in 2019.

He also served as an assistant coach at Williams College, where he had his own team of 25 runners, for the past three years.

Norton is confident that his experience can help him build a great program.

“I believe I can pull from all my experience to build a bought-in, hardworking team,” Norton said. “Establishing a culture of solid values and a foundation of hard work, everything else will take care of itself.”

Since 2010, the cross-country team has had seven individual national qualifiers, including one All-American honor for Lenore Moreno, and one team qualification for the men’s team in 2012.

Athletic Director Scott Winterburn is optimistic that Norton’s championship experience at the Division III level will push the team into a championship program.

“Jamie stood out right away as we searched for our next coach,” Winterburn said. “Jamie was impressive in the recruiting process and he has a great pedigree for Division III cross-country, and the Leo family is here to support him.”

Norton will also serve as the track and field team’s distance coach. Track and field head coach Kevin Reid is excited for Norton as his experience will be valuable to the distance team.

“Norton is going to bring in a new level of expertise that will help my distance team,” Reid said. “We have had a few individual National Championship runners but soon I believe we can qualify the entire team.”

As Norton’s first season as head coach is under way, he has found his core group of runners and Norton believes there is potential to make an impact in the conference this season.

“The runners are great, some people have left over the past year but the group I have here is bought-in and ready to go,” Norton said.

Norton is excited for this year and believes both teams can compete with anyone. However, his women’s team is short-handed this year.

“Janelle Baeskens is looking good and the rest of the team is poised to take a step forward and build on this year,” Norton said.

Norton said that there is only one runner that has ran a collegiate race in their career, his senior captain Alexia Alvarez. Alvarez has had three different coaches in four years and she said she likes what she has experienced so far with Norton.

“He is a ball of energy and he has a great positive attitude, even if it’s a little much in the morning,” Alvarez said. “The amount of work he puts into our team and how much he cares about each and every one of us is amazing.”

Both teams just recently competed in their first ever collegiate race this past Saturday at the Redlands Invitational.

The Redlands Invitational was the first event of the year for both teams, the men’s team taking first place with Micheal Sahagun placing third to lead five Leopards who finished in the top 20 of the race.

Baeskens led the women’s team with a fourth place finish in what was most of the runners’ first collegiate race.

The Leopards will be back in action on Sept. 17 at the University of San Diego invitational at Mission Bay Park.

Students reflect on importance of culture, community at Rites of Passage ceremony
‘Furious Garden’ reimagines nature through painting and sculpture