The Mission Tiki Drive-In Theater could be showing some of its final films this year. Although nothing has been approved yet, the city of Montclair has been dealing with a proposal to tear the theater down to make space for several warehouses.

“(The warehouses are) designed to be flexible to accommodate different users, which could be, for example, maybe a medical use or some kind of other community-based business or school,” said Michael Diaz, Montclair city planner.

Six smaller warehouses will be constructed on the bottom half of the property. The north half will house two large warehouse buildings, for which tenants have not yet been identified.

Although the community may benefit from the construction of the new buildings, for many members of the community, losing the drive-in means losing much more than just a theater.

Wilkiewicz also acts as a sort of local historian, finding paperwork and artifacts that pertain to the community at estate sales and saving them. He created a Facebook page — “Mind Warp – Ontario Inland Empire & Pomona Valley Local History and beyond” — dedicated to this hobby and it has expanded from there. It acts as a sort of time capsule. He said even council members and mayors have joined.

Through that same passion, he created a petition to save the theater about a month ago. To date it has reached over 1,400 signatures.

“This is a piece of Americana. Pretty soon Hollywood is going to have to recreate these and it shouldn’t be that way,” Wilkiewicz said.

He noted that there are not many drive-in theaters left.

“(There are) people that come from outside of the city to see the drive-in theater,” Wilkiewicz said. “They don’t come to see warehouses.”

“This is a place that brings the community together,” Wilkiewicz added.

He said that the theater was even able to stay open throughout the height of COVID, while many other businesses struggled to stay open, because it was the perfect spot to social distance.

“We had customers coming in from Orange County, Santa Monica … all the way over here just to watch a movie,” said Mission Tiki guard Ricardo Pedroza.

The spot was popular before COVID as well. Pedroza said customers tell him that they have been visiting the drive-in for more than 20 years.

“It’s not a city project – it’s a proposal that was prepared by the owner of the property who bought it from the original people who owned and operated the theater,” Diaz said.

“The city’s desire is just to review it, to make sure that it is architecturally well-designed and meets all the requirements,” said Silvia Gutierrez, senior planner for Montclair. “We want to dispel the myth that people have that it was the city’s intention to destroy this nostalgic, what they perceive to be a historic area.”

The intention may not change the outcome for many, though.

“I hope there’s something that could be done,” said Pedroza.

He said that even an extension of one or two years would be great.

Olivia Modarelli, a sophomore broadcast journalism major, is a staff writer for the Campus Times.

William Zeus Hardy, a senior photography major, is a staff photographer for the Campus Times. His work can also be found at williamhardy.mypixieset.com. 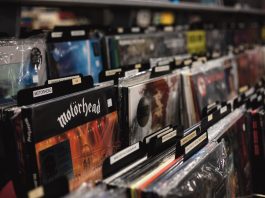 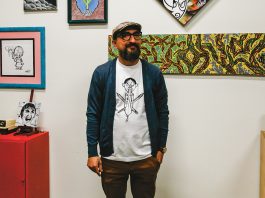