By Hannah Burton on February 24, 2017 in Softball, Sports 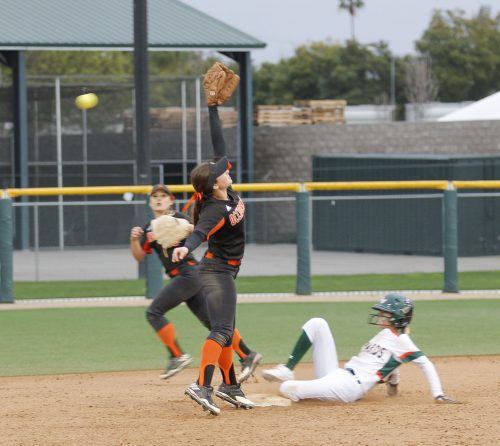 Occidental junior second baseman Mackensie Priley missed the throw as La Verne sophomore outfielder Rachel Ogata advanced to second base in the sixth inning of the second game of Sunday’s doubleheader at Campus West. La Verne’s offense got off to an early start in the first game as Alexis Schiff cranked a two-run homer in the bottom of the first inning. The Leopards won the first game, 6-5, then scored seven runs in the first four innings of the second game to win, 7-4. / photo by Hannah Burton