photography and text by Juan Garcia

Twelve students from the University of La Verne completed their Service Learning (CORE 305) requirement on an Ejido in Cuernavaca during the month of January. The Ejido shares similar features to that of communal living. In the Ejido, many families share machinery equipment for their own individual plot of land. 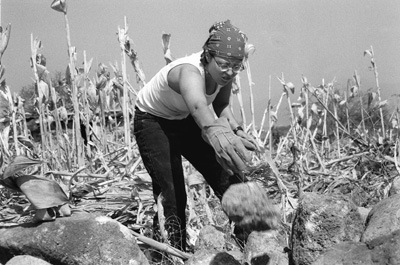 Junior Maria Muñoz helps rebuild and expand a wall in order to increase the size of Don Antonio Bello Avila’s plot of land. David Roman, one of the faculty members who led the trip, is Avila’s son-in-law. 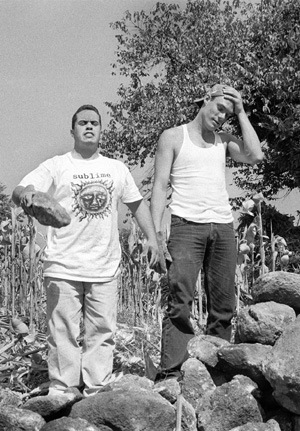 Working in 90 degree weather, sophomore Francisco Rodarte and senior Lehi Dowell help rebuild and expand a wall in order to increase the size of Don Antonio Bello Avila’s plot of land. David Roman, one of the faculty members who led the trip, is Avila’s son-in-law. 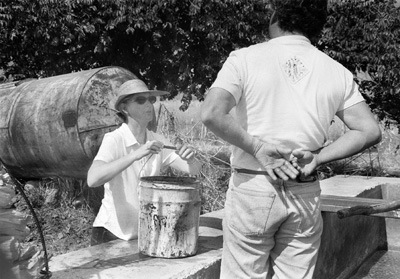 An aspect of the Service Learning project for the participants was the maintenance of the land. Part of the group was responsible for watering trees that would increase the fertility of the land. Because of the lack of an irrigation system, the group had available to them only buckets and water. Debbie Roberts, Protestant campus minister, and David Roman, who teaches Spanish at ULV begin the watering process with a single bucket of water. The only source of water available to them was a holding tank (Roman is standing in it) in which water is collected from the rainy season. 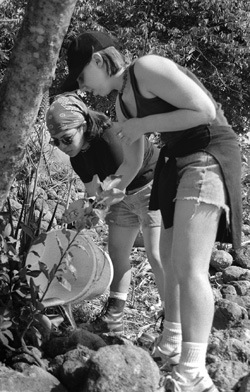 Freshman Jennifer Contreras and sophomore Kristine Werthwein were part of the brigade necessary to cover the quarter-mile distance needed to water all the trees.

Inhabitants of the Ejido transport corn stalk, the source of nutrition for the animals, also used as fertilizers for the land. This Ejido is called El Salto de San Anton. The size of the Ejido is approximately 20 kilometers by 2 kilometers and is the home to about 120 families. Families range from a minimum of five members, to as much as 12 members. 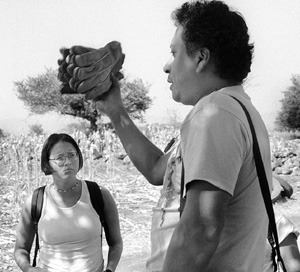 ‘What we did in one hour would have taken him [Don Antonio Bello Avila] a whole day to finish.’
–David Roman co-instructor of the trip