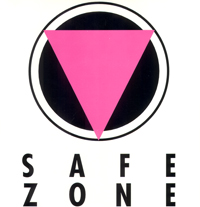 With Associate Professor of Sociology Hector Delgado as its new chairman and with the beginning of a new semester approaching, the Coalition for Diversity has a new focus, new activities and new programs.

At the beginning of the school year, the Coalition for Diversity decided to focus on Gay, Lesbian, Bisexual and Transgender issues.

“It’s such a broad topic,” said Raymond Scott, associate professor of psychology and clinical training director. “Last year, we only scratched the surface. So this year, we have to do more in this area.”

“The issues we are focusing on are important to the society and culture of today,” Rose said. “We want the campus to be more aware and better informed about these issues.”

One of the new activities the Coalition offered this semester was “Safe Zone” training, held on Nov. 11 for faculty and Nov. 12 for students.

During the Safe Zone training, Jonnie Owens, a faculty member at Cal Poly Pomona discussed GLBT issues and had the attendees participate in a role-playing exercise, including an exercise that focused on the coming-out process.

Safe Zone is a concept that was created as a way of acknowledging the diversity of students, faculty and staff on campus. It is geared toward non-heterosexual individuals, in terms of understanding what it is like for them to be on a campus that is predominately heterosexual.

“We want to focus on some of the major issues that on average someone who is not heterosexual might experience in relation to the coming out process,” Scott said. “This is a time where many college students are forming their identities and they just need somebody to talk to.”

Safe Zone symbols, which is a pink triangle in a green circle, are used to identify people who chose to educate themselves about GLBT issues. They will assist individuals in accessing support and informational resources on campus and in the community.

“(Posting) a Safe Zone sign doesn’t mean that they are gay or lesbian,” Scott said. “It just means that they are an ally. It creates a safe space.”

The Safe Zone training is not the only event the Coalition is offering.

On Thursday the Coalition invited speaker Diane Goodman to discuss gay marriage and the politics of gay marriage. Goodman is a ULV Law School alumna and family attorney who received the American Bar Association “Making a Difference Award” for the work she has done on behalf of the gay community.

“This is timely given that morality played a huge part in the election,” Delgado said.

The Coalition is currently trying to bring speaker Tim Wise to the University to discuss issues of white privilege. The Coalition is also currently working with Assistant Professor of English Steve Westbrook to create a film series on diversity.

In addition, another Safe Zone training will be offered in the spring to accommodate those who were unable to attend last week.

“Phase one is to have the Safe Zone training,” Scott said. “Phase two is establishing a Safe Zone program on campus.”

For over a year, they have been trying to bring a woman gender sexuality major on campus.

Additionally, the Coalition is negotiating with Human Resources for benefits for gay couples, trying to maintain retention of students of minorities and trying to promote diversity in faculty hiring.

“We want to create a safer environment on campus,” Delgado said. “One that is more open and tolerant. We want to stay on the GLBT issue until we have done enough to make people feel more comfortable and aware. We want people to be treated fairly, whether they are students or faculty. They shouldn’t have to be in the majority to feel safe.

“Each year, there might be different faces, different programs and different activities, but the thread is the issue of diversity and making the campus more diverse,” he said.