By Mitchell Aleman, Veronica Sepulveda on March 29, 2013 in News 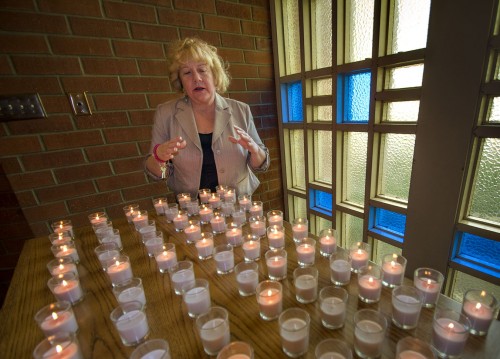 Leslie Ann Young, professor of education, lit candles at the altar in Dant Chapel Wednesday to symbolize unity among all people. The candle lighting, organized by the University’s Gay-Straight Alliance, was organized to bring attention to the issue of gay marriage and the current U.S. Supreme Court deliberations over California’s Proposition 8, which made gay marriage illegal, and the federal Defense of Marriage Act. The Court’s decision is expected in June. / photo by Mitchell Aleman