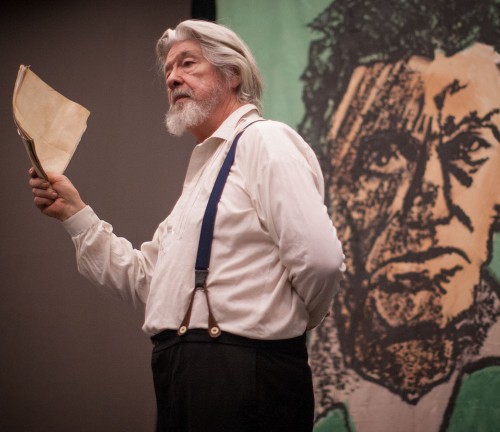 Norman Marshall performs “John Brown: Trumpet of Freedom” Tuesday in the Campus Center. In this one-man show Marshall played the abolitionist John Brown along with 30 other historical characters to portray the harsh realities of slavery. The show is based on letters and interviews from the final weeks of Brown’s life. Marshall began performing his show in 1997. / photo by Nicole Ambrose