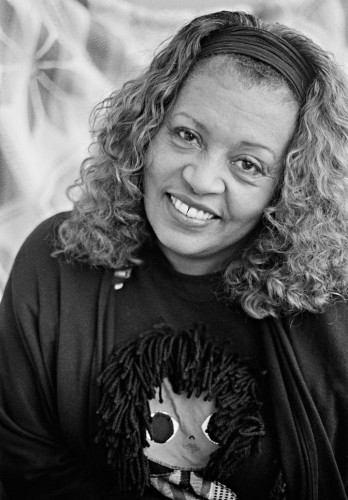 Harvel Lewis, alumna and longtime faculty member of the University of La Verne, died Jan. 9 of a heart attack in Pomona.

Mrs. Lewis was an inspiration to many, and an advocate for diversity throughout her life.

Mrs. Lewis was born in Louisiana, but spent almost all of her life in California, primarily in Diamond Bar, where she raised her children.

She graduated with a bachelor of arts from Cal State Fullerton and a master’s of science from ULV in 1995. She taught countless sociology classes at the University, as well as being an academic adviser for undeclared majors.

“Students knew she really cared. She always presented a loving and caring perspective and demonstrated her values through her actions,” said Sharon Davis, professor of anthropology.

Perhaps most importantly, Mrs. Lewis established a support group for African-American men, the Brothers Forum, in 1994. This came shortly after the 1992 Los Angeles riots, in which Mrs. Lewis held forums and discussions for students of color to express their feelings and emotions.

“I know I’m a better person because of Harvel. I am humbled and blessed to have known her… she touched so many lives,” said Simon Bouie, freelance reporter and a founding father of the Forum.

She also held the position of multicultural affairs director for the Institute for Multicultural Research and Campus Diversity for many years.

“Harvel helped us to better understand how diversity makes us better people,” said Stephen Morgan, Univers­ity president and her colleague for 20 years.

Mrs. Lewis would periodically walk across the street, always looking fashionable, and talk to the city police, telling them they couldn’t pull students over just because they were minorities, said Kimberly Martin, professor of anthropology and chairwoman of the sociology and anthropology department.

Besides being an advocate for diversity, Mrs. Lewis was a great friend.

“She always told me what I needed to hear, not what I wanted to hear,” said Doug Waite, manager of student life services and a close friend of the family.

Mrs. Lewis touched many lives, and brightened every room she walked into.

She couldn’t sneak into a room. She had such positive energy and a wonderful smile. She drove a bright red convertible, which matched her personality perfectly, Morgan said.

“You can’t help thinking of Harvel without smiling,” Waite said.

Daughter Rob’n Lewis, listened to everything, from Prince to Madonna, and Mrs. Lewis was always very accepting. It may only be music, but Rob’n feels this acceptance carried over into her life, she said.

Mrs. Lewis is survived by her husband of 43 years, Robert, who is also an alumnus and senior adjunct professor of sociology at La Verne; daughters Rob’n, director of accounting/bursar at Claremont graduate university; and Rosalyn, nurse at City of Hope; and granddaughters Raeven and Breana.

Services were held Jan. 23 at Mt. Zion Baptist Church in Ontario. A candlelight vigil was also held at ULV on Jan. 12. She is inurned at Riverside National Cemetery in Riverside, Calif.

Carly Hill can be reached carly.hill@laverne.edu.