The Academic Success Center hosted one of its biggest events, The Finals Countdown, on Tuesday night, which is a final opportunity to unwind before the dreaded week of finals becomes a reality.

With a very climatic Jenga game and mouthfuls of food, a diverse group of more than 15 students and tutors gathered around for a night of mingling and to forget about homework and responsibilities for a few hours.

“Since sophomore year (the ASC) always had really good tutors ready for me,” said junior biology major Alexceoanna Campo. “As a bio major I am very grateful for that.”

“I think they provide really useful resources for the campus and I look forward to the future resources the ASC will offer,” Myron Woods, senior criminology major, said. “Plus the pizza was enticing.”

The ASC doe not offer just services to undergraduate students on a variety of subjects, it is also a very important part of the tutors’ lives.

Reyes began as a math tutor her freshman year and three years later she has earned the title of tutor cohort manager. She notes that in that short period of time she has seen the ASC expand.

Even though she is a math major, through the ASC she was given the opportunity to present at a writing conference.

“It was a new but fun experience for me,” Reyes said.

“For me, it has helped nourish my academic aptitude,” said Kelly Herrman, a senior chemistry and education major. “Plus Matt (Nelson) is always trying to drive us to do better.”

Nelson, director at the center, has contributed to the changes the ASC has gone through.

“He lets you have freedom but will encourage us in our endeavors,” Herrman said. “It’s nice to have that flexibility from someone as philosophical and abstract as he is.”

The night ended with students making their own finals survival kits which consisted of packs of green tea, staplers, pencils, pens, chocolate, and of course, coffee.

“Caffeine is an essential survival tool for finals,” Reyes said.

The Academic Success Center offers tutors for most of the classes offered on campus. The center’s goal is not to give students answers but understand the material students are struggling with.

Yaya Pineda can be reached at yareiry.pineda@laverne.edu. 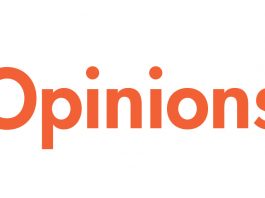 Campus resources can ease the stress of finals