By Nicholas Mitzenmacher, Pui Lok Choi on May 7, 2010 in Sports, Track & Field 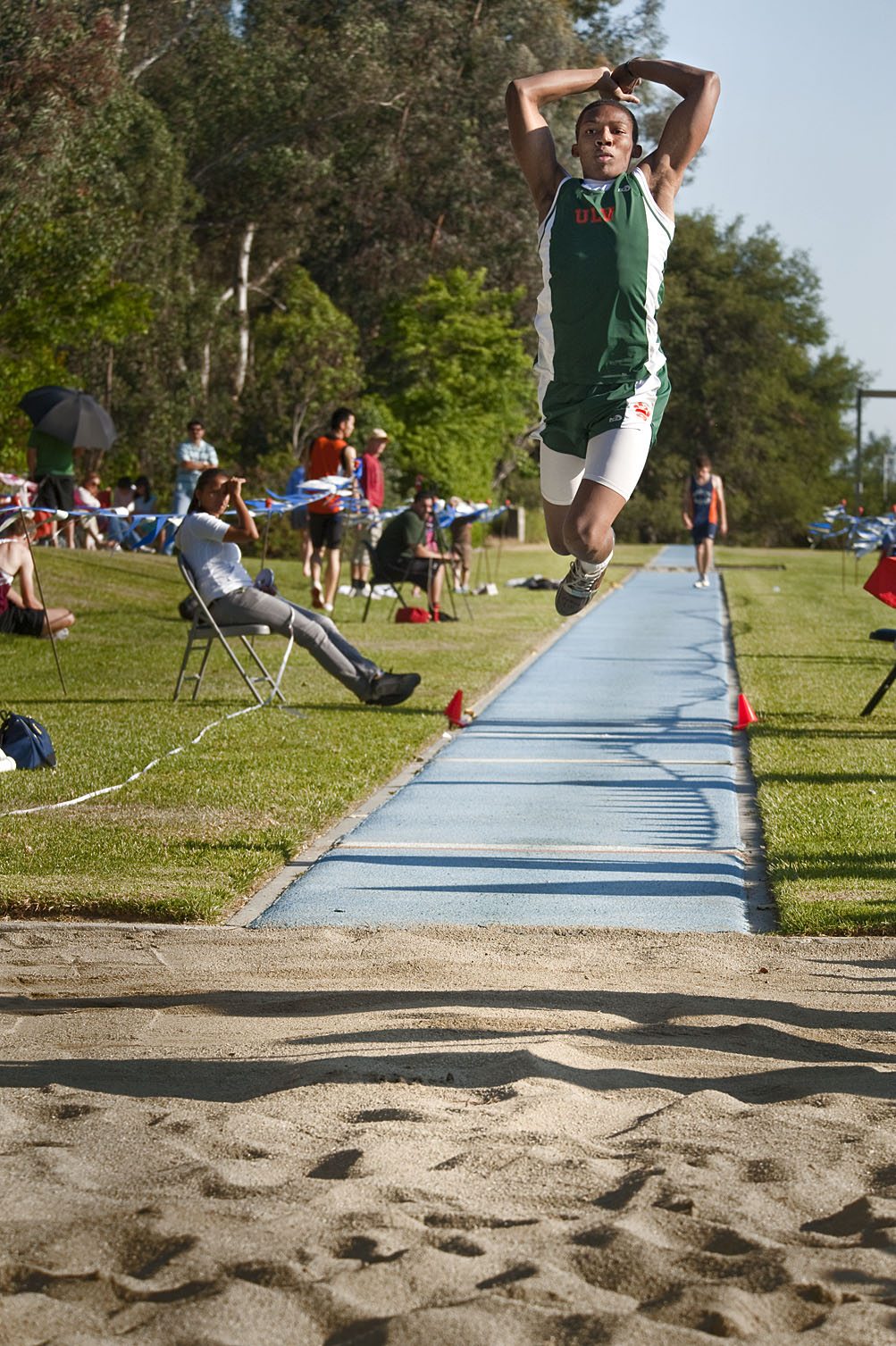 Freshman Paul Turner, who hails from Indio, placed first in the men’s long jump and triple jump at the SCIAC Championship meet on April 30 and May 1 at Pomona College in Claremont. The men’s team took third place overall. Its next event is Saturday at the Occidental Invitational. / photo by Nicholas Mitzenmacher

The men’s track and field team placed third in the Southern California Intercolleg­iate Athletic Conference Championship meet as it concluded the two-day long event in Claremont, hosted by Pomona-Pitzer.

Senior Adam Kazub lead the way winning the 100-meter with 10.9 seconds and a 21.89 200-meter sprint event individually while also taking part in the winning of the 4×100-meter relay.

“We’ve all worked hard all season and we have a really strong team,” Kazub said. “All of the work comes down to today.”

“It’s mean a lot to me and our program because it has been a while since we won the 4×100 at the SCIAC Championships,” said sophomore Allen Daniels.

Also taking first individually was sophomore Marcus Fortugno with a mark of 48.16 in the 400-meter.

On Friday, Turner had a personal best of 24 feet, 3/4 inches and taking first in the long jump.

Turner repeated a dominating effort on Saturday as he took first in the triple jump with a mark of 48-1 3/4.

“I’ve worked very hard to get to where I am and hope one day to compete for a national championship,” Turner said.

“The future is unlimited for Paul Turner, he is still so young and he will continue to grow and get better,” said head coach Pat Widolff.

On the women’s side, freshman Samantha Tucker lead the way scoring in three events and helping the whole team place fifth in the SCIAC Champ­ionships.

Sophomore Clarissa Holz also earned points for the Leopards as she placed third in the 400-meter hurdles with a mark of 65.69.

For the field events, juniors Corbin Henault placed third with 40.65 in the javelin throw and Bernadette Smith scored points with 11.62 meters in the shot put and finished sixth with a 36.08 in the discus.

“I’m happy for the way we competed and I’m happy the seniors get a last chance to compete,” Widolff said.

The Leopards’ next meet will an all day event Saturday at Occidental. On May 15, the teams travel to the Cal State Los Angeles Invitational.

Pui Lok Choi can be reached at pui.choi@laverne.edu.