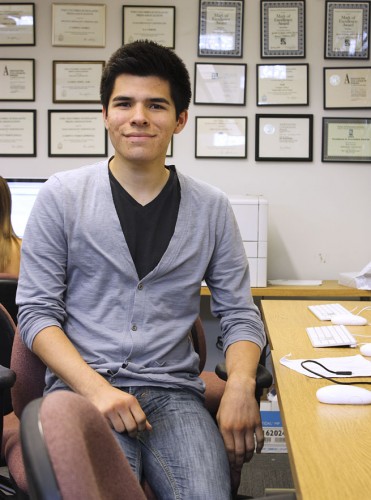 New leaders have been selected to serve the communications department’s media outlets for the fall semester. Branden del Rio, who will be a junior journalism major, will be editor in chief of the Campus Times. / photo by Victoria Castaneda

With the school year coming to an end, the communications department is already gearing up for fall 2011 – preparing new leaders for its media outlets the Campus Times, La Verne Magazine and LeoFM.

Del Rio, who will be a junior journalism major, is wrapping up his second semester as the Campus Times news editor.

“I plan on being more focused on different types of stories,” del Rio said. “I want more features, more in-depth news and a stronger sports section that will get past the constraints of the athletic department.”

Associate Professor of Journalism and Campus Times adviser Elizabeth Zwerling chose del Rio because she felt he had the right balance of journalism savvy and people skills.

“Branden is bright, a good writer and I feel he has the respect of his fellow editors and the staff writers,” Zwerling said. 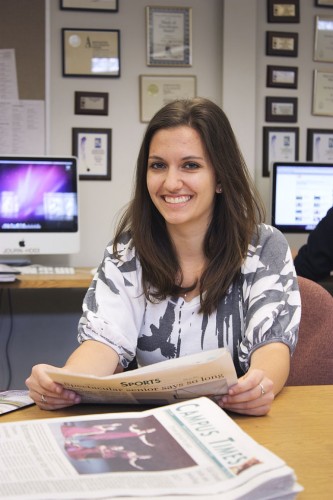 A Campus Times editor in chief for two semesters, sophomore journalism major, Kristen Campbell will serve as the editor in chief of La Verne Magazine. / photo by Victoria Castaneda

“I plan on building on the past two semesters that I’ve been on staff,” del Rio said. “I want to make the paper have a greater impact on campus.”

Campbell, sophomore journalism major, was editor in chief of the Campus Times for the past two semesters, and will now hold the same position at the La Verne Magazine.

“I’m very excited to see a different side of the print world,” Campbell said. “The Campus Times has a weekly deadline and magazine is more of a long-term project, so I don’t feel it will be as stressful.”

Professor of Journalism and magazine adviser George Keeler chose Campbell because he felt with her good work ethic, she possesses the skills to keep the magazine at a nationally ranked level.

“La Verne Magazine has a reputation of being the best and Kristen will keep it there,” Keeler said. “A magazine is only as good as its editor.”

“We’re going to have a good staff with a lot of experience,” Campbell said.

Brousard, junior radio broadcasting major, will be taking the reins in the year-long position of program director from current director Courtney Gooden. 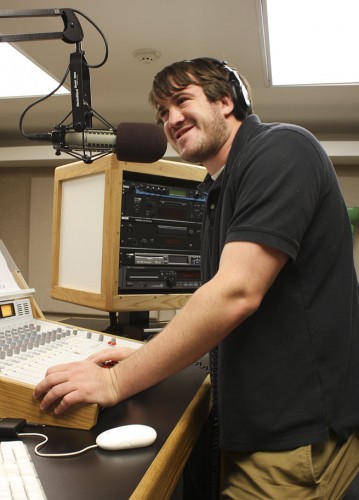 Kevin Brousard, a junior radio broadcasting major, will serve as the new LeoFM program director. Brousard has worked as sports director and music director on LeoFM. / photo by Victoria Castaneda

“I’m really glad I got the job,” Brousard said. “It’s something I’ve strived for since I became a radio major and I’m up for the challenge.”

As program director Brousard feels his job is to help promote and improve the image of the station, as well as be in charge of what makes it to the air waves.

“I want to help the on-air DJs better prepare for the job and what they say while they’re on the air,” Brousard said.

LeoFM Adviser and Professor of Communications Mike Laponis felt Brousard was the right person for the job because he has had multiple positions within the station.

“Kevin is a really detail oriented person,” Laponis said. “He’s had a lot of different positions as program director and he’ll help the other directors do their jobs.”

With all three students bringing multiple semesters of experience, the communications department hopes for another semester of great productions on the page and on the air.