By Erica Paal, Vanessa Martinez on September 15, 2017 in News 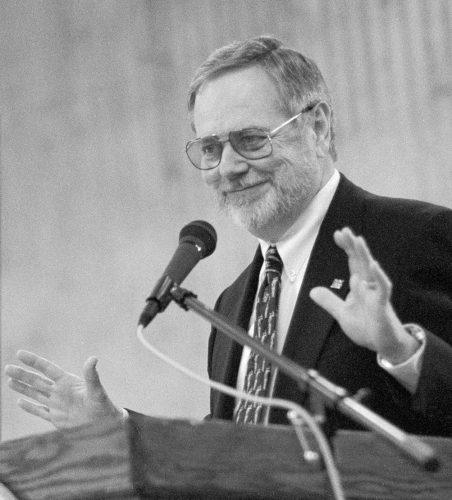 Ken Held, former dean of the University of La Verne College of Law died June 13 in Las Vegas. He was 79.

Dr. Held was one of the most devoted members of the University of La Verne College of Law faculty, said Charles Doskow, professor of law and former dean of the College of Law.

In the beginning of his teaching career, Dr. Held taught at the San Fernando Valley College of Law and at the University of La Verne. He helped merge the two law schools in the mid-1980s.

“Dean Held was instrumental in laying the foundation for the University getting (American Bar Association) accreditation,” Reed said.

“There was a time when we gave serious consideration to closing the La Verne College of Law,” said former ULV President Stephen Morgan in an email interview. “And it was Ken’s ability to create an impressive plan for the future that convinced me and the Board of Trustees to continue to operate the College of Law.”

He was cherished by his students, and became a mentor as well, Doskow said.

“He was, I think, the most honest person I’ve ever known,” Doskow said. “He worked harder at teaching than almost anyone I knew.”

Doskow hired Dr. Held in 1981 when he served as dean of the College of Law.

Besides inspiring students at the University, Dr. Held also influenced the faculty.