John Becker, an adjunct professor at Loyola Marymount University and research fellow for the Institute for the Postmodern Development of China, was the moderator for the event and said events like these are important in allowing for students’ voices to be heard.

“As I’m getting older, nothing much gets done about environmental issues,” Becker said. “It is important to keep the dialogue going among students and the International Youth Forum provides that opportunity for them.”

Becker said the forum strives to help students from all backgrounds and majors understand how they can implement environmental change.

“We live in a human dominated society that is practically anthropocentric,” Becker said. “We hope that one day we will see these students in the International Forum speaking about different strategies towards an ecological civilization on a much broader scale.”

This year, student presenters focused on the holistic development of an ecological civilization and how to physically, emotionally, mentally and socially grow as a society while pushing towards an environmentally aware mentality.

Bai discussed how the practice of Taoism, a Chinese spirituality based on the principles of simplicity and contentedness, is a philosophical approach one can take to better understand one’s self and efficiently interact with the environment.

“Civilizations are factories fueled by the environment,” Bai said. “We are all making products and our products depend on our civilization.”

Bai said that simplicity and contentedness go hand in hand when one allows life to simply occur without human egotistical interference.

“We have to be content with what we have in the moment,” Bai said. “In order to do this, we have to empty ourselves and know our simple wants and desires.”

Bai added that by living simplistically, one can allow life to unfold naturally as it should according to Taoism. Even if it is with the best intentions, humans need to stop trying to control something or someone and place their ego aside in order to have a social and environmental reform within society, Bai said.

“I’m not saying that we should take a step back in our society, but to embrace the current system and not overload civilization with new technology,” Bai said.

Confucianism, a system of philosophical and ethical teachings founded by Confucius, was another spiritual approach in creating an ecological civilization proposed by Southeast University student Li Yujia.

In her presentation, Yujia discussed the importance of examining one’s self and analyzing the areas one can improve on in life. Through this self-examination, one can then change accordingly and apply the change to society, Yujia said.

Ku provided a perspective from a Western point of view through a combination of Jean Jacques Rousseau’s and John Locke’s theories and ideas to the audience along with the significance of compassion in life.

Ku said humans, by nature, have the right to life, liberty and property. He defined property as human picked resources and said any resource on Earth is valuable to humans which is why we must be protective of them.

Ku added that Jean Jacques Rousseau continued Locke’s ideas, but with a hint of compassion.

“We have a duty to act compassionately towards our property because, unlike animals, we have the gift of rationality that allows us to think and decide at a different level,” Ku said.

Ku said Rousseau understood what Locke’s theories were but also knew that humans had a responsibility to protect sentient beings.

By tying Locke’s and Rousseau’s ideas together, Ku emphasized the duty humans have to the environment and the role we take as rational beings in society.

Cleaver was an early leader of the Black Panther Party and wrote his memoir, “Soul on Ice,” that still remains an important piece of literature in African-American culture. Cleaver also worked as a diversity consultant at the University of La Verne until 1998.

During his presentation, Hall displayed an image that symbolized the unity of different religions through different symbols.

Similar to Cleaver’s ideas, Hall said that humans all have similar wants and should unite to become stronger.

“We all have this thirst for utopia,” Hall said. “It’s this ecological idea that encompasses life.”

Hall said that just like people, different spiritualities, philosophies and religions all have their own unique aspects but can come together under a big idea.

“I hope my presentation serves as the beginning of an idea or strategy towards an ecological civilization,” Hall said. “I wanted people to know who Eldridge Cleaver really was and not just remember him for his mistakes.”

After the presentations, students were able to discuss each other’s theories among themselves as well as with the audience. 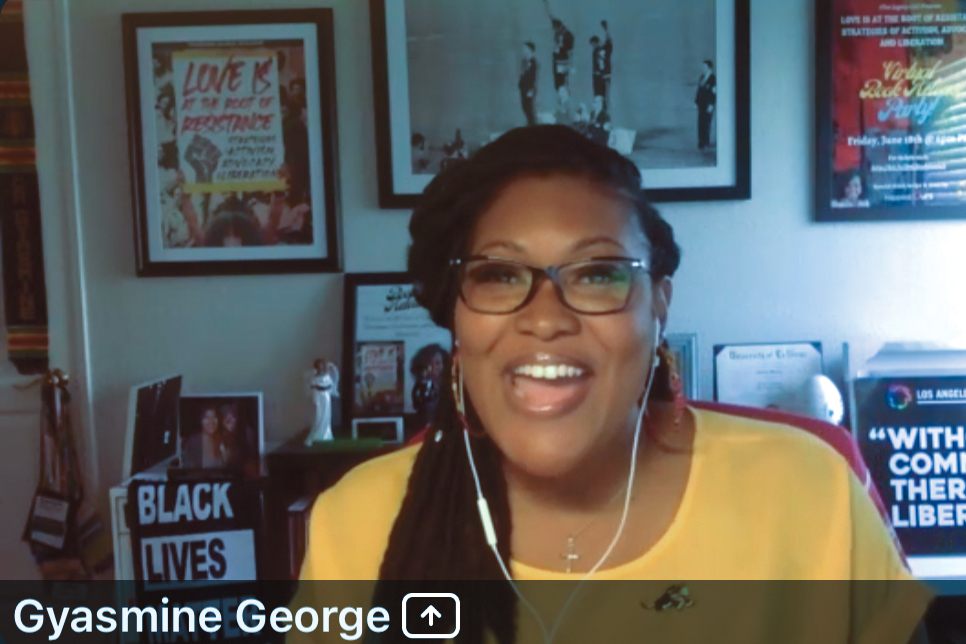 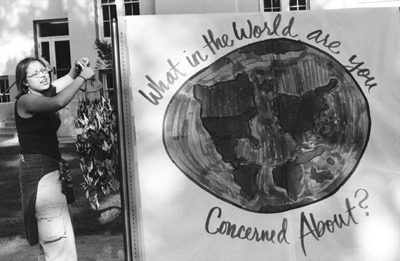