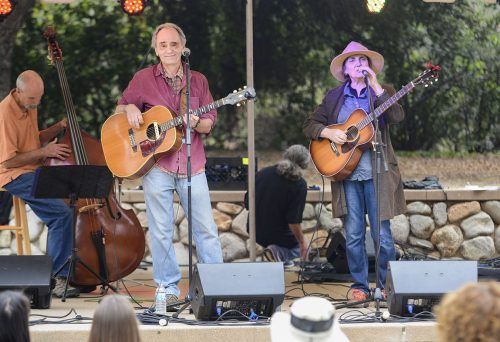 The Squeakin’ Wheels perform Sunday at the Sontag Greek Theater on the Pomona College campus as part of the Claremont Folk Music Festival. The band has six members, including the brother and sister duo of David Millard and Marguerite Millard, both of whom sang and played acoustic guitar. The festival began in 1961 when a group of musicians including Charles Chase, owner of the Folk Music Center in downtown Claremont, opened the Golden Ring on Harvard Avenue. It was one of the first venues for folk music in Southern California. / photo by Dorothy Gartsman