By Manuel Hernandez, Tim Tevault on February 15, 2002 in News 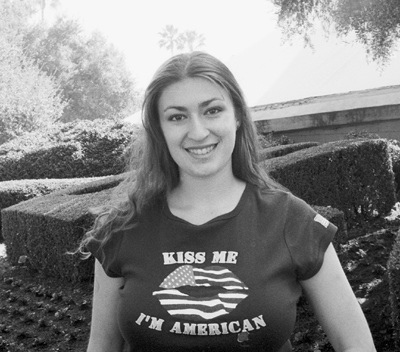 Junior Kim Reed, former vice president of advocacy for the Associated Students Federation (ASF) Forum, was promoted to president in January after former president Mario Guererro was activated in the Marines. This is not the first change ASF has seen recently, as the Forum has seen two members exit over the past two months. Their adviser, Deborah Gordon, is a new addition, joining in November. / photo by Manuel Hernandez

Kim Reed, former vice president of the advocacy board in the Associated Student Federation (ASF) Forum was promoted to president Feb. 4. Reed, a junior, was bumped up after former president Mario Guererro was called to active duty in the Marines Infantry Division in January.

“He may be there for a year or more,” said Deborah Gordon, director of campus activities and adviser to ASF. “Our biggest concern is his safety.”

Reed, who has spent three years in ASF, believes she is ready for the job. “The circumstances are kind of weird, but I’m feeling prepared for this takeover,” Reed said.

Gordon also said she believes Reed can handle the new position, calling her a confident, personable and strong leader.

“I’m not panicked, I’m excited,” Gordon said. “We have a new enthusiasm now.”

Reed also expressed her desire to make some changes in operating procedures. “We have different leadership styles, ” she said. “I’m going to do things my way.”

One issue Reed hopes to tackle while in charge is communication. “I’d like to increase the communication between ASF and the students in general; they (should) have input,” she said, adding that students can have a say in what goes on around campus.

Guererro’s exit is just the most recent in a series of ASF shakeups.

However, Reed indicated that the remaining members of ASF are currently in discussion as to when special elections will be held to fill the positions of vice president of activities and advocacy, as well as that of public relations.

As a matter of fact, Gordon just filled the position of adviser to ASF last November, following Michael Houdyshell’s departure at the end of the summer.

Despite the unsteadiness, Gordon and ASF say they are optimistic about the future.

“You always find people pull together in times of need,” she said. “This is just like life; people leave and you just have to keep going.”