The women’s soccer team could not keep up with the No. 3 ranked team in the country, losing 4-0 to Pomona-Pitzer in a Southern California Intercollegiate Athletic Conference match-up Wednesday night.

The Sagehens took advantage of an open midfield with superb passing and great scoring from their attackers all game long.

“Pomona is a great team and they had a great game today, and we just have to get better and move on to the next one,” senior attacker Becca Fisher said.

Pomona-Pitzer took control of the ball early in the game, scoring in the third minute on a cross from their outside attacker that was never cleared by the Leopards’ defense. Sagehen junior midfielder Hannah Mandel scored her fourth goal of the season, giving Pomona-Pitzer the early 1-0 advantage.

Freshman goalkeeper McKenzie Maggiore said that after the first goal the Leopards needed to get together to beat this team.

“We realized we had to do this together to get ourselves back into the game. It was going to be as a team, not as any individual,” Maggiore said.

The Leopards put pressure on the Sagehens’ defense throughout the first half but failed to create many shot attempts for themselves.

Pomona-Pitzer found the back net again in the 19th minute after the Leopards’ defense failed to clear in their defensive side after a save by Maggiore. The Sagehens regained possession of the ball quickly and junior defender Charlotte Tapp scored after slipping past two defenders and beating Maggiore when she came out to defend Tapp herself.

The Leopards had one shot attempted in the first half after Fischer beat a defender down the sideline and met the goalkeeper one-on-one. Fischer beat the goalkeeper with her left foot, however the ball refused to find the net after hitting the post and bounced back into the Sagehens’ possession.

The Sagehens swiftly moved the ball back into Leopard territory and found the net again in the 33rd minute after a pass from the backline split two Leopard defenders, finding senior midfielder Emily Tomz who finished the pass to put the Sagehens up big 3-0 heading into halftime.

Head coach Lauryn Pehanich said the team looked to respond in the second half.

“The conversation at halftime was to respond and play a better second half,” Pehanich said. “This team is resilient and we need to learn to not dig ourselves into a hole early.”

During the second half, the Leopards played a different game on the defensive side by not allowing the Sagehens to finish any opportunities they had to shoot.

Three early second half shots by Pomona-Pitzer amounted to nothing and the ball was finally cleared after a great sliding save by sophomore goalkeeper Evelyn Saldivar.

The highlight of the night came when Pomona-Pitzer beat Saldivar in the box and the ball was rolling into the Leopard goal with no one to stop it until freshman defender Miranda McGarry cleaned up the play and cleared the ball from the goal just as it hit the line saving another goal against the Leopards.

In the 89th minute a foul from the La Verne defense led to a freekick for the Sagehens and they capitalized. Sophomore midfielder Caitlyn Pham beat the Leopard defense to finish the Leopards for good, ending the game 4-0.

The Leopards are looking forward to their next game, not letting this one keep them down for too long.

“We are good at bouncing back and practicing hard and learning from our mistakes. We are getting ready for our next game against Chapman,” senior defender Gizzel Sulca said.

Pehanich said she likes what she sees from her team in the second half of games but wants to see it for a full 90 minutes.

“We need to be more consistent in the first half because we are a good second half team, we just have to do it from the start,” Pehanich said.

The Leopards will host Chapman at 7 p.m. Saturday at Ortmayer Stadium.

Jacob Barriga, a senior journalism major, is a copy editor for the Campus Times. He has also served as sports editor and a staff writer. 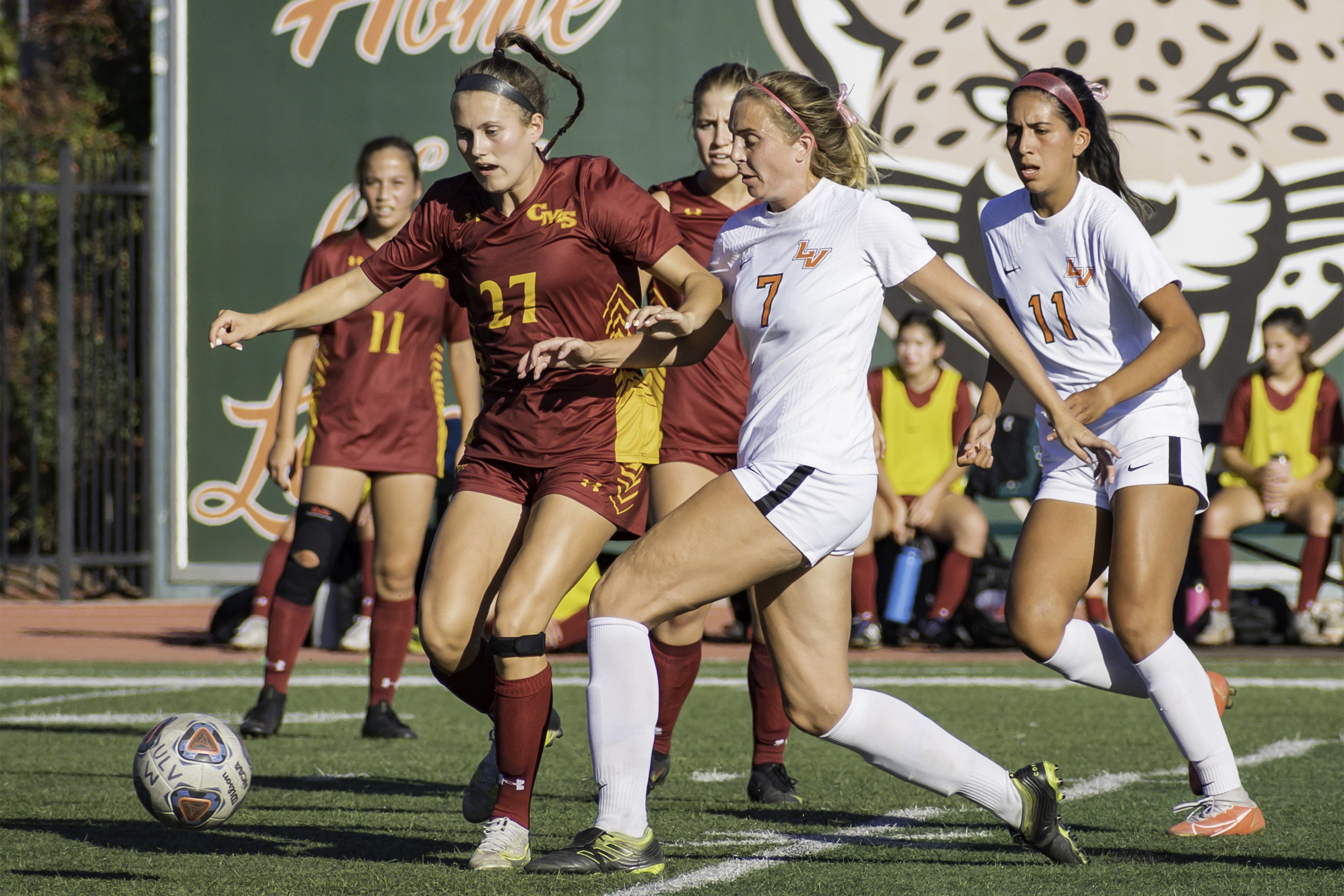 Claremont-Mudd-Scripps gets revenge with overtime win