By Joey Matsuzawa on September 20, 2019 in Softball, Sports 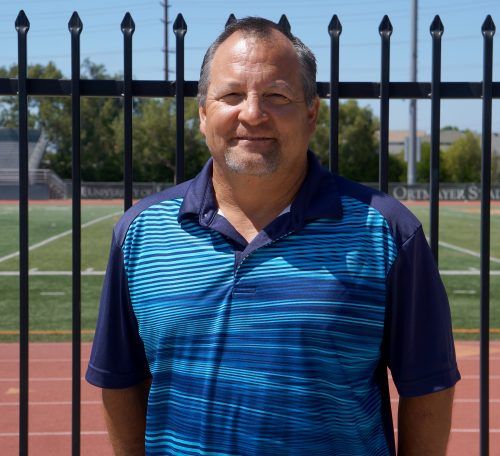 After missing playoffs last season with a 17-23 overall record, the La Verne softball team looks to return to form with the addition of new head coach Dennis Blas.

“We are ecstatic to welcome Coach Blas to the Leo family,” said athletic director Scott Winterburn in a press release. “He brings a long track record of success and I have no doubt he will continue and enhance the winning tradition of La Verne softball. The Leopards are in good hands.”

A Long Beach native, Blas has an extensive background coaching softball at nearly every level: coaching high school at Saint Joseph, junior level at Cypress College and most recently in the NAIA with Hope International University.

In his 15 years with the Chargers, Blas helped turn Cypress into a national powerhouse, winning four CCCAA State Championships, including three straight from 2010-2012.

Cypress also won 13 Orange Empire Conference Championships and hosted a regional playoff every year Blas was a part of the program.

One season prior to Blas joining, the HIU squad went 9-48 in the regular season, Blas’ first year as head coach they sported a 25-28 record.

In 2018 HIU went 47-11 in the regular season, with Blas leading the Royals to their first ever GSAC Regular Season and GSAC Tournament Championships where they went undefeated, earning a berth in the 2018 NAIA Opening Round.

The Royals finished the season ranked sixth in NAIA, setting school records in runs scored as well as RBI.

For his 2017 effort, Blas was named GSAC Coach of the Year.

In his final season at HIU last spring, Blas had a near identical performance as the previous season, with a 46-14 record and lead the Royals to their second ever GSAC Tournament Championship, finishing in second in the GSAC regular season.

The 2019 squad finished the season ranked No. 11 nationally and earned a No. 2 seed in the NAIA playoffs.

In his last two seasons with HIU, Blas coached the Royals to a combined 93-25 overall record. Blas’ 148 total wins landed him another spot in the record book as the winningest coach in HIU softball history.

Having coached multiple teams to great success, Blas is excited by the challenge of coaching ULV’s softball team back to its former glory.

“It’s a challenge, we got to get [the team] back to where it used to be. This was a powerful program. They had a little hiccup last year. It just happens sometimes,” Blas said. “The biggest thing you have to do is you have to get the girls to believe and trust in the process that’s happening. Sometimes they don’t always see it in the beginning but in the end it really does make a difference.”

After settling in at the University and touring the campus, Blas is confident that La Verne has the necessary part to be a contender year in and year out.

“La Verne needs to be in the top 10 every single year in DIII, we have the facilities and the talent,” Blas said. “It’s going to be a challenge but it will be fun.”

Blas’ first move as head coach was to recruit a familiar face to the coaching staff, hiring alumna Tara Allis as assistant coach.

“Bringing her back and bringing that culture and mentality back will be huge,” Blas said.

Blas also wants to make sure his team succeeds in more than just softball, that they also succeed in school as well.

“I want to keep our GPA high, it’s so important. These girls get four years to play, after that the biggest thing is to get that degree,” Blas said.

“School is so important for these young ladies, but softball helps them develop into a well-rounded person and I think that’s the biggest thing: You have to develop them mentally, spiritually and physically,” he said. “You shape them up playing these team sports they go into society and are very successful.”

The Leopards’ first game of the next season will be in the winter, facing off against St. Katherine at noon and 2 p.m. Jan. 18.