By Araceli Esparza, Scott Harvey on October 16, 1998 in News 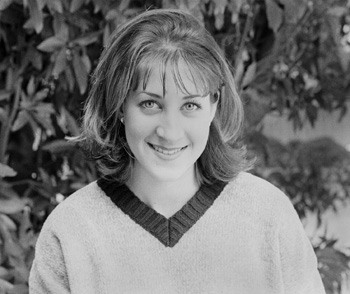 Elected as ASF transfer representative two weeks ago, junior Britain Semain, a transfer from Brooks Fashion College, is preparing for her first Homecoming as an ASF member. She will juggle her time with ASF and modeling for the Donna Karan clothing company. / photo by Scott Harvey

Election results for the transfer and freshman positions have been determined by the Associated Student Federation (ASF) Forum and the University of La Verne student body.

For Kim, a freshman biology major, being active in student government and in student life is nothing new. In fact, he anticipated being involved in the Forum since his enrollment.

“I like leadership stuff and making a difference,” he said, “and I plan to move up and [continue to] be involved in the government.”

Semain has also been involved in several organizations, including honor societies and student government. She is a transfer from Brooks College in Long Beach, where she received an associate of arts degree in fashion merchandising. Currently, she is pursuing a degree in child development.

Semain said she applied for the position of Transfer Representative because she wants “to get involved with campus life and become a backbone of the activities that go on” at the University.

Both representatives feel they possess qualities and skills which will benefit the Forum and student body. 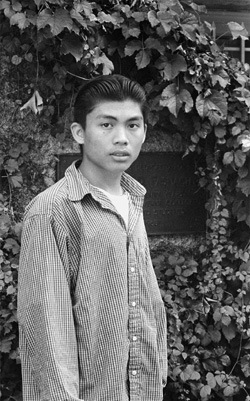 Kim said that he has commitment and leadership, flexibility toward communicating with people and a spirit toward ULV and the student body as a whole. Semain said she hopes to utilize her approachability, availability and willingness to listen in a manner which will establish a positive relationship between herself and transfer students.

In addition, Kim and Semain have a series of goals and anticipations for their individual role as Forum members. Each is primarily concerned with the ULV student community, the outcome of the events they host, and the opinions of those with whom they work.

“My concern is on making the transfer process much smoother and clearer as to what’s going on,” said Semain.

“I also want to work on helping with the success of activities that go on, the ideas and the creativity.”

“I want to bring up the spirit and know the concerns of the freshman class,” Kim said. “My goal is to see people participate in more activities, show pride and work more as a team if nothing else. This is just the beginning — it will get better.”

Kim said that he is one who likes to lead others, yet prefers to not take charge in everything. He likes to let people voice their opinions because “everybody has a chance to say what they want.” In her own role, Semain also said she prefers to be a listener and supporter of others. She wants to assist in making the transfer process a positive experience for those involved.

As some of the newest leaders of ULV’s student government, both Kim and Semain plan to utilize their abilities efficiently and remain active in the Forum for the rest of their careers at the University.