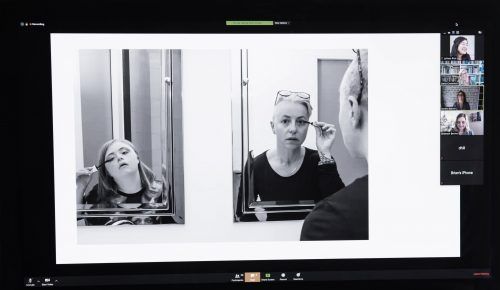 Artists discussed the importance of making invisible disabilities visible in photography in an online exhibit hosted by the University of La Verne photography department and physician assistant program on April 22.

Shannon Benine, associate professor of photography and the department’s chairperson, showed her department’s resourcefulness by turning an exhibit that had originally been meant to be on campus into an online one,  where students could attend the show virtually and participate via the Zoom video conferencing network.

Benine brought together the works of the two photographers Sandra Bacchi and Anna Grevenitis, both mothers of children with disabilities, who demonstrated those experiences in their photography.

“It is one of the greatest challenges we have as photographers is to make seen the unseen, make heard the unheard,” Benine said. “Those who succeed are able to find new ways and creative perspectives that help us understand someone else’s reality.”

The idea, however, for an annual chronic illness day that this exhibit represents, Benine said, came from assistant professor of health Brianna Cardenas, who was a co-host for the artist talk.

“I live with a disability called Ehlers-Danlos syndrome,” Cardenas said. “And I noticed that for all the diversity we have … there really wasn’t a day, or event, or any type of celebration for people who live with chronic illness.”

“Even just the world disabled creates this otherness and this disenfranchised scenario,” Cardenas said. “I think we do the general public a disservice by not talking about disability more because it creates like this ‘oh my gosh, this big scary thing’ but it’s like ‘no these are just people.’”

Sandra Bacchi, who suffers from Celiac disease, a digestive disorder, photographed  her pictures throughout the course of five years, sometimes spontaneously other times planned, however all the pictures related back to her daughter’s experiences with food allergy and her own food sensitivities with Celiac disease.

“I started before because I was going through a difficult time in my life and I was trying to figure out emotionally what was happening and I needed a way to express myself, and a way to really understand what I was feeling,” Bacchi said.

Bacchi’s work seemed like cuts from a movie and she photographed herself in very vulnerable positions. Childhood was palpable in her photos as one could feel the youth emanating from her pictures with children activities like reading and drawings. Those are both mediums in which there are no restrictions, even to the imagination which made the photos feel even more genuine.

The black and white color palette drew some reality back to the limitations that really do exist for children who may have to imagine watermelon as strawberries because of health issues preventing them from having strawberries. That is in fact where Bacchi got the name, “Watermelons are Not Strawberries” for her own photography project that was included in this exhibit.

The work of Grevenitis seemed to be calling the audience into the discussion because Grevenitis was in the images and was directly looking at the camera with an intense look. In one instance she was holding her daughter who has down syndrome tightly against her chest in a protective manner while staring at the camera.

“I have become very much aware of the potentiality for judgement or misunderstanding,” said Grevenitis. “I surmised that if I created fully set-up performed scenes controlled through set, lighting, post processing in black and white, I could reclaim the message and make it what I wanted it to be. I would not leave it to chance, preconceptions or prejudice.”

The pictures were colorless and the tone was serious. In each of her photos she seems like she was caught in the middle of daily tasks, simply spending time with her, the pictures gave the impression that the onlooker was being included in such a personal moment.

Grevenitis mentioned that as time progresses the images begin to show distance between her and her daughter, where she is now gaining more independence from Grevenitis. 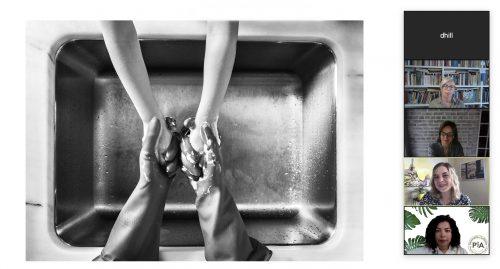