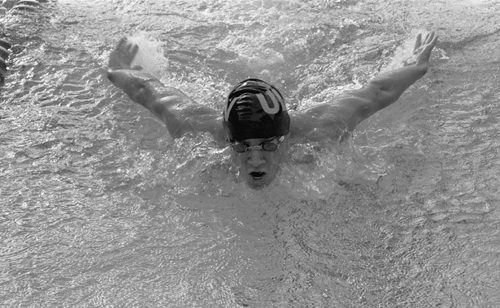 As the seasons change, so do the sports. It is time to lay down the pads, bring down the nets, lace up the Jordans and, of course, it is time to hit the pools for some swimming and diving.

With the much anticipated winter break only days away, the Leopards’ swimming and diving squads took part in the annual Claremont-Mudd-Scripps Winter Invitational with much success, Dec. 5 and 6 at the Claremont Colleges.

The team competition unfolded with the women’s squad finishing ninth out of 11 teams entered in the competition. Cal State Bakersfield swam away with the competition, topping the leader board with 158 points. The men’s squad turned some heads as they finished fourth out of 10 teams with a score of 45 points.

California Baptist University dominated and easily won the competition with 242 points. The next closest finisher was host CMS, but with only 88.5 points.

Some of the highlights for the two Leopard squads included event one of the day – the women’s 200-yard Freestyle Relay with the Leopard team of Jessica Egbert, Kari Erikson, Kristin McKown and Morgan Delaney, finishing seventh with a team time of 1:46.85.

The men’s squad, competing in the same event finished in a respectful sixth place with the tandem of Jason Walters, Will Hernandez, Ryan Jensen, and Ricardo Negron in a time of 1:32.24.

Other outstanding performances were turned in by Jared Carvitto, who finished second in the 200-yard individual medley with a time of 2:01.58 just behind the race winner, Hanny Prasetyo, who finished in two minutes flat. In the same race Carvitto’s teammate Casey Heinen finished 12th in 2:09.

On the women’s side, Egbert finished eighth in the fastest race of the swimming competition, the 50-yard freestyle. Her time of 25:93 was just one second off the leader.

The swimming and diving team will be on hiatus for winter break, but will hit the pools once again in January.

The Leopards will compete Jan. 3 in the UC Irvine Invitational before beginning Southern California Intercollegiate Athletic Conference Competition with a meet against Occidental College Jan. 10 in Los Angeles.