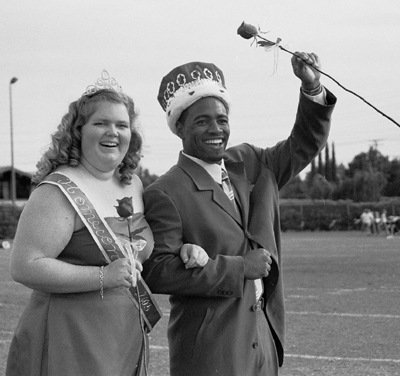 Erin McAndrew and Jason Walker were crowned the 2003 Homecoming Queen and King at Saturday’s game. Walker was confident holding an emotional McAndrew by his side. / photo by Amy Babin

As they waited in the Student Center, they could only ponder the great possibility of winning and sad disappointment of losing.

On the field of the Ortmayer Stadium, a week of anticipation had come down to this one moment.

“I didn’t even realize that my name was called,” McAndrew said, reflecting on last Saturday’s memorable moment “I was freaking out and stumbling. (Walker) had to tell me where to stand and where to look.”

“I was relieved knowing that a winner was chosen,” said Walker. “I was excited knowing that it was me. The biggest part of the whole event was finding out who was going to win.” 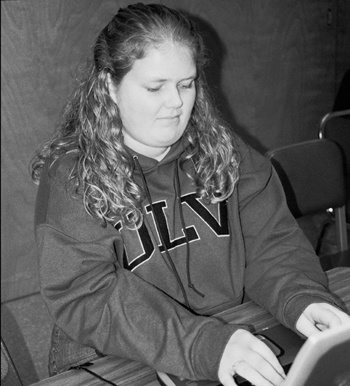 During the weeks prior to Saturday’s events, students were nominated by the various campus clubs and organizations, after which student elections were held.

In previous years, the court was nominated by individual students; this year’s process was an attempt to streamline the process and simplify elections, according to the Associated Student Federation forum, which coordinates the election.

The candidates for the most part handled their own campaigns, posting signs and the like. Some candidates were spotted handing out candy with advertisements on the wrappers. 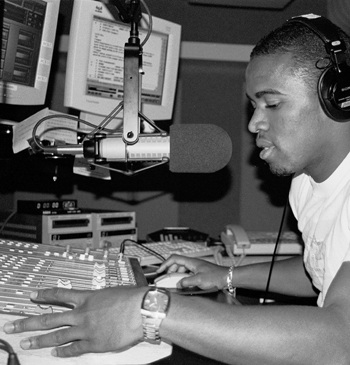 Jason Walker is a communications major. Walker has been involved in Spotlight Weekend, residential assistants, AASA, Brothers Forum, Chi Delta Omicron, the Gospel Choir and the football team. He is the current advertising manager for the Campus Times. / photo by Amy Babin

Primary elections were held from Oct. 28 to Oct. 30. Then students had the chance to vote for five women and men for homecoming court.

“I had my doubts, but after I thought about (making court),” said Mc Andrew. “In the beginning I didn’t think I was going to be on court.”

The votes were counted on Oct. 30 and nominees were notified immediately.

At the annual Illumination ceremony, Nov., students had their first look at the 2003 court.

“The one thing I wanted was to be on court,” Mc Andrew said. “I was never on court in high school and being on court at ULV made me feel like all my work had finally paid off.”

Candidates were escorted by parents, friends and significant others.

The final round of voting ­ for king and queen ­ took place between Nov. 4 and 6. 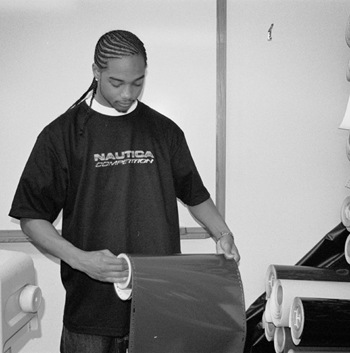 Demetric Brown is a computer engineering major involved with track and field, football and NSBE. Brown is a student worker in the Operations Maintenance Department. / photo by Amy Babin

“I couldn’t sleep Friday night,” Mc Andrew said. “I wanted it to be over. I was tired of thinking about it. I wanted to know who was going to win. It was racking my brain.”

Berry said that about 250 students voted in the final round of elections.

“I couldn’t wait until Saturday when they announced the winner,” Walker said. ” I had gone out to buy ‘The Lion King’ movie a couple weeks before and watching it made me really hungry to win. I started watching it even more when I found out I was on court. I was really excited about the possibility that I could be king.”

On Saturday, the 10 Homecoming court members gathered in the Student Center to be escorted to the football field during half time.

“It hit me when we were waiting in the student center,” Recupero said. “It was a rush of adrenaline. I felt a lot of respect for all the other people who were honored to be on court.” 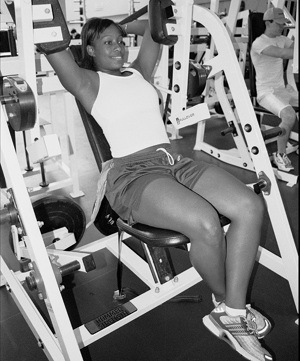 Eje Ash is a movement and sports science major. Ash is involved with the AASA and the track and field team. / photo by Amy Babin

“I was pretty calm before we went out on the field, but I did get some butterflies in my stomach,” said Brandon Jones. “It was a wonderful experience.”

The crowds who filled the stands of Ortmayer stands were rooting for the court. Some held posters, while others screamed to show their appreciation.

“Before we went on the field, my hands were shaking and my knees were weak,” Mc Andrew said. “I was trying to pump myself up. I kept telling myself that I deserve this.”

“I was really excited when I first woke up Saturday morning,” Walker said. “The time had finally come for someone to take the crown. I didn’t know whether or not I would win, but I was excited that I was going to be out there.”

The nervousness and the anguish all diminished once the names of the winners were announced.

“It made my four years here worthwhile,” Mc Andrew said. “It shows me that the people here on campus took the time to realize who I am. This feels like the students gave me a pat on the back.”

“Each year was a different layer of cake and being king tops it all off,” Walker said. “It tops off my four years.” 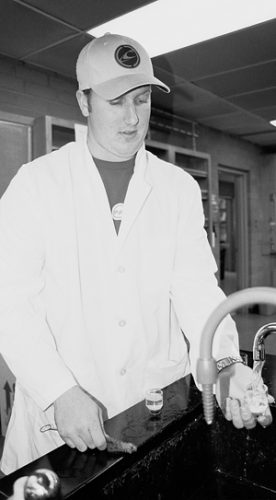 Ryan Cairney is a chemistry major. A member of the track and field team and Sigma Alpha Epsilon Fraternity, Cairney has also been a Spotlight Weekend Leader. / photo by Amy Babin 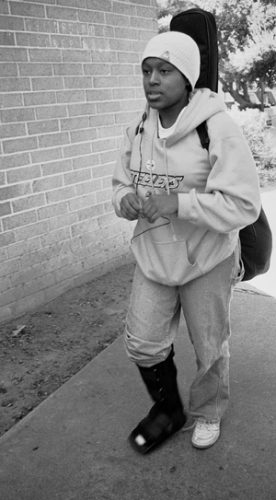 Ebonie Lofton is a computer science major. The vice president of AASA and president of the Sisters’ Circle, Lofton has been an Orientation Week Leader and a coordinator for the Campus AIDS Walk. She is involved in track and field and cross country. / photo by Amy Babin 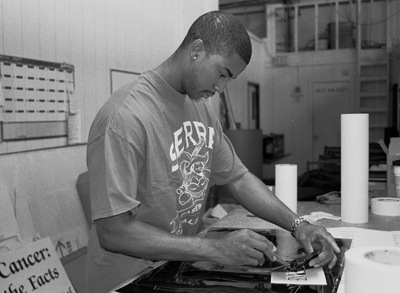 Brandon Jones is an accounting major, involved in the track team, ULVSA, Brothers’ Forum and AASA. Jones is a student worker in the Operations Maintenance Department. / photo by Amy Babin 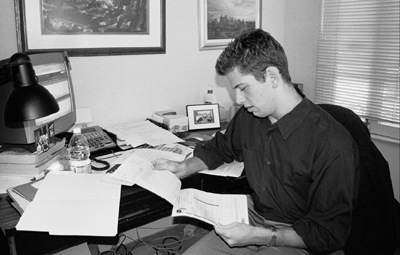 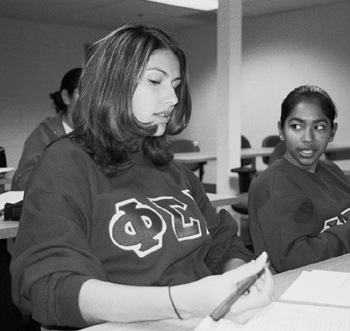 Andrea Benitez is a business major. A member of the American Marketing Association and Phi Sigma Sigma Sorority, Benitez has been involved in cross country and track and field. / photo by Amy Babin 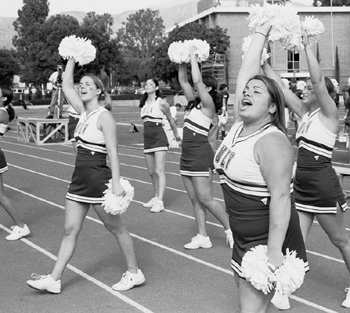 Andi Nunez is a broadcasting major. Nunez is the captain of the cheerleading squad and president of Sigma Kappa Sorority, a member of CPA, an Orientation Week Leader and a Spotlight Weekend Leader. / photo by Amy Babin 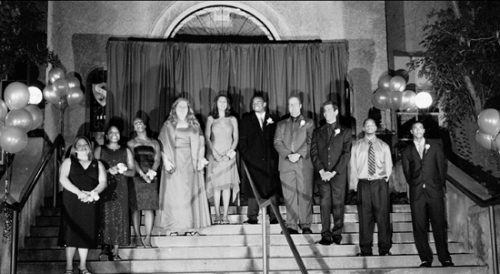 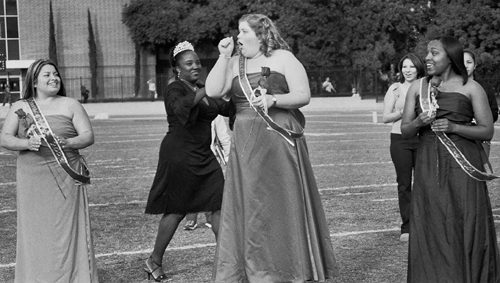