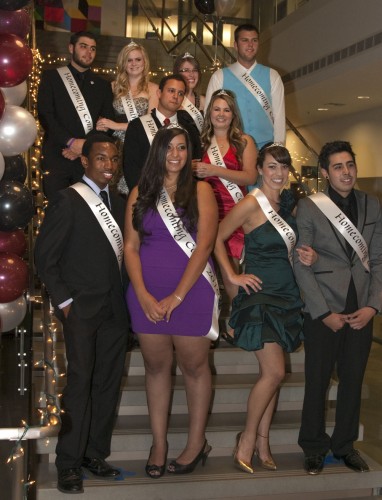 The University of La Verne held its annual Homecoming Family Weekend, which helps blend the past, present and future of La Verne by giving community members the opportunity to connect with classmates and faculty, and meet alumni.

With this year’s theme, “Bringing the Leo Family Together,” one could see that ULV is more than a small secret in the Inland Empire.

“Our goal was to come out and meet a lot of people.” Matthew Sustayta, Society of Physical and Life Science Scholars member, said. “We wanted to have fun and show ULV students and alumni that we are about having a good time and supporting campus activities,”

“We publicized our booth a lot more this year, which is why we believe so many people stopped by. We also set up a booth and played Rockband with everyone that came by. It was a lot of fun,” Sustaya said.

“I love how everyone comes together at this time of the year to recognize students, athletes, and family. I also enjoy being around all of the new people and seeing the energy they bring back to ULV,” Stephanie Enciso, sophomore Sigma Kappa sorority member, said.

The Homecoming Week­end’s schedule of events began Friday with the Alumni of the Year dinner, which honored President Steve Morgan and his wive, Ann, for their contributions to the ULV community during Morgan’s 25 year as president. He will be retiring at the end of spring semester 2011.

Saturday morning provided a full slate of action ranging from the 5K Community Fun Run, sponsored by the Athletic Training Program, to the Ben Hines Field tribute for alumni and faculty as well as a street fair, geared toward families with young children.

Second Street, between the Landis Academic Center and the Campus Center, was bustling with current, former an prospective Leopards.

Some booths used a subtle gambling theme, while the men of Phi Delta Theta International fraternity went as far as constructing a wedding chapel to perform faux marriages for every duo that wanted to walk down the aisle, complete with an Elvis impersonator.

After the fair, folks rushed over to watch the football team play and to see who would be crowned the 2010 Homecoming King and Queen.

“It’s great to see so many people show support for the students, alumni and various organizations being represented,” Tamlyn Tarango, College Panhellenic Associa­tion delegate, said. “Our group has a game going that asks people to finish Beatles lyrics for an opportunity to win a small prize.”

Other events included the Parents Forum and Continental Breakfast for parents of first generation students, the CAPA Alumni Breakfast at Hanawalt House, the Parents Breakfast with the President for family of current La Verne students, and the Homecoming Picnic on C Street in front of Miller Hall.

Grady Lee Thomas can be reached at grady.thomas@laverne.edu. 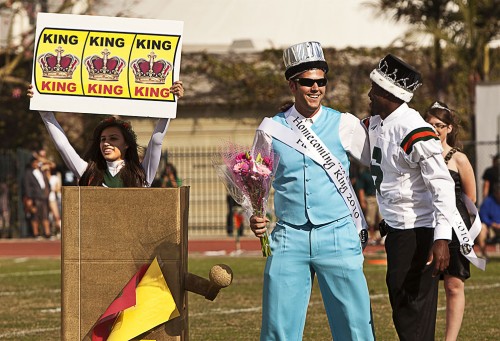 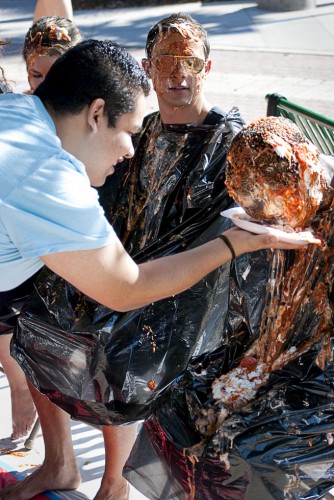 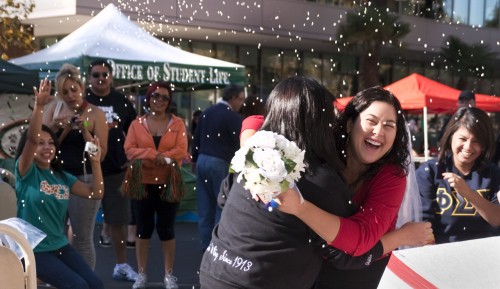 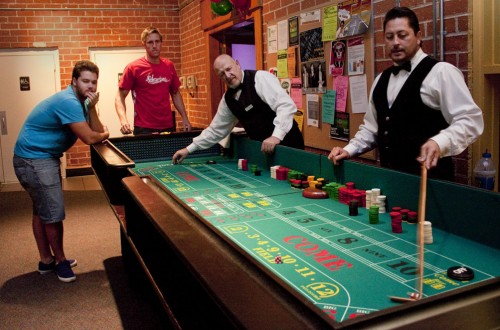