Mackay MorganArmstrong, sophomore kinesiology major, and Ryan Konrad, sophomore communications major, were elected as the president and vice president respectively of the Associated Students of La Verne for the 2021-2022 academic year.

MorganArmstrong said that their focus for the upcoming year was to bring the campus community together, while emphasizing a safe return to campus.

Konrad said that he emphasizes getting people involved in new ways if there is a return to campus.

Both MorganArmstrong and Konrad emphasized the need to hold the University accountable, and they said that they will try their best to ensure transparency with any decision involving students. They elaborated on their goals as president and vice president in a recent Zoom interview with Campus Times Managing Editor David Gonzalez. (This interview has been edited.)

David Gonzalez: Why did you decide to run for president and vice president? 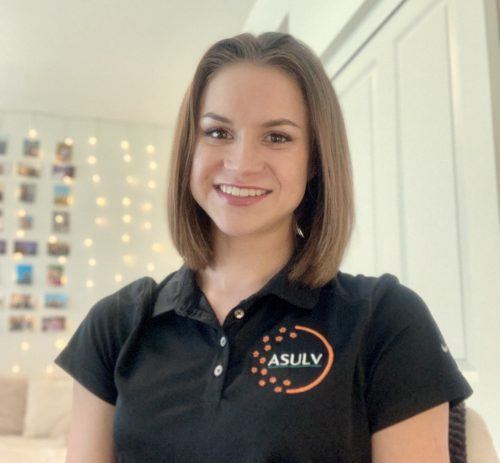 Mackay MorganArmstrong: For me, I originally got interested in ASULV because of how connected my family is at La Verne, and I wanted to also leave a positive, lasting impact on the school. Specifically, being president sounded fun and like a good challenge, and with our experience in ASULV already, we have a lot of good ideas that we’re excited to bring to campus, especially when we go back in person that I think will leave a positive impact.

MM: Neither of us wanted to be complacent with just doing projects here and there. We wanted to be really hands-on and to get a say to really amplify the student body’s voice.

DG: What were your platforms while running?

MM: Together, we really emphasized a safe return to campus, really encouraging following the COVID guidelines, really encouraging students, faculty and staff to get vaccinated and doing everything that we possibly can to make sure it’s safe and keep the campus healthy. We are also advocating for overall just a safe community at La Verne, making sure everyone feels accepted and heard, especially in light of the racial injustices and tension that have been going on especially in the past year. I think we both really just want students to know that when they tell us something, that we’re listening and that we’re going to speak up. Ultimately the University is serving the students and we need to make sure that it’s a safe place for everybody and that no one feels uncomfortable or unsafe. 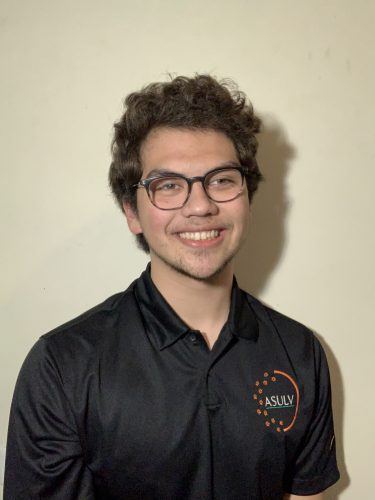 DG: What are your main goals as president and vice president?

RK: Like Mac said, it’s just making sure that we’re holding accountability in the administration because we feel that sometimes as a University, we feel they take students for granted or they’re not really in those discussions where they should be in discussions surrounding tuition, things on campus, curriculum changes. These are areas where students should definitely have a voice because it’s impacting them directly. So advocating for students on a better scale is something that we want to do. So a goal for us is to have a student in the rooms when these decisions are being made, because at the end of the day the University of La Verne isn’t the University of La Verne because of the president or because of the teachers, it’s the people who go there who are the students.

MM: Our goals that we’re hoping to achieve are not just to benefit us, but we’re hoping that what we do as president and vice president lasts so that it also positively impacts future generations of La Verne students.

DG: How will you stay true to advocating for student voices to be heard with diversity in mind?

MM: I know that we have already talked about really utilizing social media, especially Instagram, and doing polls and using that as a way to advertise different events. Ryan can touch on this more, but Ryan did a town hall this past year and so doing events like that where students can talk directly to us or directly to the people making the decisions. Also making sure that we’re really advertising the senate meetings that are open to students and really pushing for students to go. But then also because we do know each other, we feel comfortable holding each other accountable. So if we see that one of us maybe isn’t living up to what we initially said we wanted to do, we feel comfortable telling each other “Hey, you need to step it up” or “Hey, we’re getting a little sidetracked and we need to get back on track.”

RK: Something that I want to emphasize is that these meetings are always open to the public.

MM: Unless we’re voting, they’re open. We actually have a section of the meeting, where we invite guests to speak up and especially being online we rarely have guests. That’s a little disappointing, because that’s what we’re here for students to speak. We really want to emphasize going back on campus that our meetings are there for students to attend and speak up and when they do, we will listen.

DG: How will you ensure transparency with the University?

RK: Having a student at every one of those meetings where students are allowed or should be allowed is a way to make sure that they aren’t just making decisions based on what they think is right, but also what the students think is right. Mac and I, and Mac especially will have connections within her duties to talk to the Board of Trustees (and) talk with the president, along with myself. Bringing these issues and being straight and honest and direct with them breaks their bubble of what they see as administration and students and breaks down that door of separation.

DG: How will you collaborate with the University to push along a safe return to campus?

MM: As current senator of mental health and wellness, I’m already doing that. I’m working with Juan Regalado (chief student affairs officer), and we’re planning campaigns over the summer through email, social media and possibly doing a virtual event or event through social media to talk about students’ experiences getting the vaccine, and really pushing people to listen to the science and to listen to doctors. Because the vaccine itself can help slow the spread, but on the flipside also saying that when we do get back on campus that we are socially distancing and people are wearing masks and hand sanitizing. Ultimately if we’re all sick, we’re not going to be able to go back on campus. I know everybody wants to be back in person because Zoom is a great tool to utilize during the pandemic but everybody’s ready to have some in person contact and in person education.

DG: How will you bring the campus community back together when we do return to campus?

RK: That’s one of the things that we talked about, because we have a window of opportunity in the coming fall to really rejuvenate campus culture. So we’re planning on talking with CAB (Campus Activities Board) to see what programming we can help them with and emphasize that “Hey, we’re back on campus. It’s been a really difficult time this past year and a half, so let’s try to make this work. Let’s really use this opportunity to reintroduce everyone to campus, not just the way it was, but a better campus.” I know personally during my freshman year, I wasn’t really feeling it. But now that we really have a chance to change things and really work with CAB, to work with clubs and organizations, to work with Greek life to make sure that these events are the best they can be. I feel that we’re sitting on a powder keg and everyone just wants to get back to normal, so building on that energy we can really deliver something.

MM: We really want to emphasize that even though we are ASULV, we not only serve the students, but we also serve the different clubs and organizations. And we want to emphasize a collaborative environment between them, especially with CAB. As Ryan said, we really want to try to collaborate with them to push for a feeling of campus community and not just “We’re ASULV,” or “We’re CAB,” or “We’re Greek life,” or “We’re this club or that club.” We might be these separate entities, but we’re all La Verne.

DG: Do you have any campaigns or events that you have planned for when we do get back to campus?

MM: For me right now as a senator, I am collaborating with the current president, Sarah Morales, and Dr. Eleni Koulos from CAPS for an event called Be Kind to Your Mind, which has been a series. I’m really looking forward to continuing that because it’s all about mental health, and as we go back on campus there are going to be different aspects of mental health that can be addressed and that’ll be a really good way to do that. And also continuing the town halls and collaborating with CAB for the events that they are doing. I think also continuing some of the usual events that we have on campus too.

DG: What are your hopes for the upcoming school year?

MM: Because it’s not really guaranteed right now, we’re really hoping to be back on campus. If we are really hyping that up over the summer so that the other students are excited to get back on campus too. I think what we’re hoping for is that with this opportunity that we really take advantage of it to reset campus culture so that people want to be engaged and that they want to be part of something. And also pushing the idea that we might be all these different organizations, we’re all La Verne so how can we help each other out to make it the best place possible.

RK: My goal – our goal– is that we take advantage of this opportunity for people who haven’t been on campus. There’s freshmen who have barely been on campus not even twice, barely even once. I like to say to really reintroduce everyone to La Verne, because people live far away or people who barely visit it, as a way to reorient and readjust. And ASULV has a really big role in that.

DG: Do you have any final thoughts or messages?

RK: This is an organization of students, by students, for students. We aren’t about talking down, we’re about talking with. We’re students too and we want to make sure that we’re doing the right thing for not just us as students, but for all students.