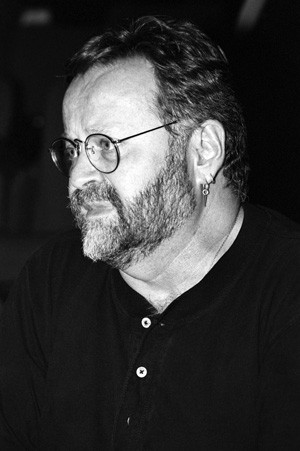 As director of “Tom Paine,” Steven Kent opens rehearsal with a group discussion of each actor’s day, the cast sits side by side on the stage. Tickets have been made available to students, faculty and staff at the Student Center desk. The play will run from Nov. 9-19. / photo by Liz Lucsko

Steven Kent, adjunct professor of theater arts, is more than just a professor at the University of La Verne. He is accredited as being a director, workshop leader and activist.

The University’s Department of Theatre Arts has teamed up with Kent in the Institute for Conscious Acting. The institute focuses on theater as an act of community.

The program for the institute includes basic techniques including embodiment, integration, interdiscipline, empowerment and professional interconnection.

Through his program and curriculum at ULV, Kent said he wishes to do “nothing less than create the best undergraduate acting program in the country.”

Serving also as a replacement for Jane Dibbell, former professor of acting, Kent said he feels that he has big shoes to fill.

“Jane is a remarkable human being and colleague,” Kent said.

Kent said that to change the theater program he would like to make it more coherent and progressive, and “to hook students into a national professional ensemble that makes them more socially conscious.”

Kent said he would like to impact students in a way that would “help them to see things in a broader scope…as more than just ‘show biz’ and more as a cooperative art.”

Alumnus Tom Moose said that in his previous work done with Kent, he sees him as one who “brings different personalities together that are passionate about theater, and tries to make students into the best actors they can be.”

Ken Britton, a freshman, said he was a theater major, with an emphasis on the technical side, but through “positive affirmation” from Kent he switched to an acting emphasis.

Kent said the most rewarding thing for him, as a professor, is “to see the students light up, and be motivated.”

Kent’s first production as a full-time professor at ULV is the musical “Tom Paine,” which opened last night and is expected to show the successive results from Kent’s and the students hard work and discipline.

ULV seals conference title with win
Letter to the Editor