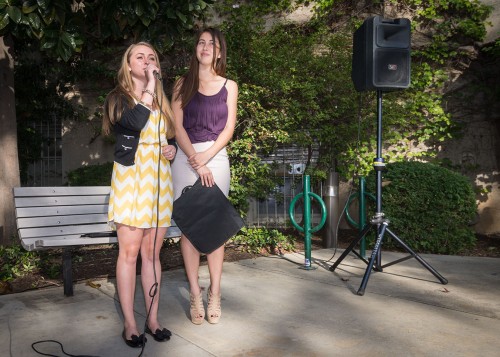 “I’m very excited about pushing administration further, pushing the boundaries of our relationship with them and seeing everything that the new senators are passionate about,” Cuadras said.

The senators said they are excited to start working on their platforms and making positive changes on campus.

Getting students involved on campus was a common theme throughout the senators’ plans.

“La Verne is a big commuter school and as a commuter myself there needs to be a way for commuters to want to stay on campus,” Alickovic said.

Senators were also interested in communicating better with the student body.

“I plan to bring in new, different types of communication, such as social media and possibly a video channel, to kind of bridge the gap between ASULV and students so when serious issues are addressed to the student body it’s not such a big surprise, it’s supposed to be the norm,” Heron said.

“I think we set up a really good foundation this year for working with administration and pushing them to communicate with us better and actually involve us in conversations about school problems, so I’m excited to push that even further and involve the student body in those issues,” Cuadras said.

Kat Simonelli can be reached at kathryn.simonelli@laverne.edu and on Twitter @KatSimonelli